Cineclub #2 is taking place on Wednesday the 10th of November.  Four film nights are being organized throughout the academic year 2021-2022.  Each partner of the FilmEU alliance invites students and staff to watch a film that will take place simultaneously at the four institutions.  Students will not only watch an international film but they will also get a chance to participate in a masterclass with a question and answers session with guest speakers.  The second film of this series, is the Irish produced film Arracht and the Director Tom Sullivan will be available for discussion after the show.

Cineclub is where four film nights will be organized throughout the academic year 2021-2022.  Each partner of the FilmEU alliance will organize a night where students and staff can watch a film that will take place simultaneously at the four institutions.  These screenings will take place on the 20th of October, 10th of November and the 9th of February and March.  Students will not only watch an international film but they will also get a chance to participate in a masterclass with a question and answers session with guest speakers.  The first film Vitalina Varela is Portuguese and the Director Pedro Costa will be available for discussion after the show.

“The summit was a delight and a huge success. Not only did we get to meet our colleagues face to face for the first time, but we also had the opportunity to reach out and discuss some of the most pressing issues facing film education and indeed society as we look toward a post-pandemic Europe”.

To highlight the alliance’s main objectives and future plans, a FilmEU summit is organized every year. The summit takes place in September and is symbolically linked to the start of a new and fruitful academic year. This year’s summit will be organized online from September 21 until September 24 and is open to the public on the 22nd. The day consists of talks and roundtable discussions revolving around the challenges that arise within the field of film and media in a (post-) covid world and how to tackle them. All speakers are experts in their respective domains.

Registration for the event is free but mandatory – REGISTER NOW

“IADT is delighted to have been selected to help shape the vision of what the university of the future will look like. Along with our international partners we have been awarded funding of €5m to create the concept of FilmEU, a European University of Film and Media Arts.

Involving students, staff and industry stakeholders we will spend the next three years finding best practice within our institutions and across the globe to synthesise and pilot innovations that encompass all spheres of activity of a modern university.”

Together, we collaborate around the common objective of jointly promoting high-level education, innovation and research activities in the multidisciplinary field of Film and Media Arts and consolidate the central role of Europe as a world leader in the creative fields.

FilmEU is focused on long-term strategic collaboration and our mission is to create a European University that is a model for collaboration in the fields of the Arts and the creative industries and that will greatly contribute to Europe’s leading role as a provider of education and research in the creative and artistic areas.

FilmEU believes Europe has all the right leads needed in order to play a key role at international level in the area of Film and Media Arts. These include the rel­evance of Europe’s historical filmic cultural heritage, the dynamism of its production sector, which services all creative outputs from pure entertainment to the highest artistic formats, and the unique educational offer already in place.

We share the belief that cinema and media arts lie at the centre of social transformations and economic growth which the creative sector can spur if proper collaborative networks are successfully erected. Building on more than a decade of success­ful cooperation, we envision positioning ourselves as key players in driving education, innovation and research in Film and Media Arts and in promoting the central role the creative and cultural industries can and should have in our societies.

In order to do so, FilmEU institutions will deepen their existing collaboration. We will develop and implement a joint governance model that engages all stakeholders including students. We will reinforce mobility within the Alliance via the implementation of digital tools. We will develop new joint programmes while harmonising the curriculum and pedagogical approaches of existing ones. We will increase the sharing of resources, services and staff in the context of joint education and research activi­ties. Moreover, we will jointly work in order to increase the overall capacity and competitiveness of our institutions. 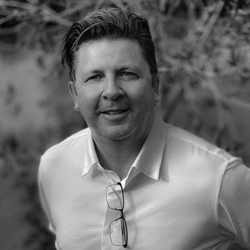 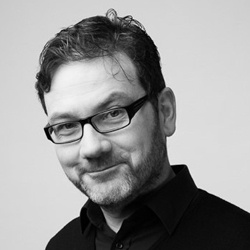 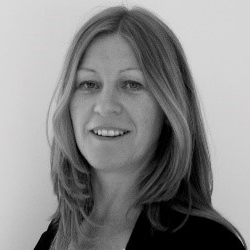 How our Alliance will Transform our Universities